When things go wrong in politics the word ‘failure’ gets bandied around a lot. In moments of crisis, pundits and politicians alike scramble to figure out whose failure is responsible. At other times, we hear about failed policies, failed international agreements—and even failed states.

Although of course failure has always been with us, in recent decades, policymakers have become increasingly preoccupied with it. Financial crises, recurrent terrorist attacks, climate change-driven disasters and persistent economic volatility are all pushing the problem of failure front-and-centre in political and economic policy making, changing the way that we govern the global political economy.

What counts as failure?

Declarations of failure, of course, are not uncontested. In each case, there are those who would challenge the label of failure altogether, and others who would lay the responsibility for failure on different shoulders. Labelling something a failure is a political act: it involves not just identifying something as a problem, but also suggesting that someone in particular has failed. These debates about policy failures are crucial ways that we assess responsibility for the things that go wrong in political and economic policy. The most interesting debates about policy failure, however, occur when what’s at stake is what counts as failure itself.

Labelling something a failure is a political act: it involves not just identifying something as a problem, but also suggesting that someone in particular has failed.

When we say that something or someone has failed, we are using a particular metric of success and failure. Formal exams provide the clearest example of assessment according to a scale of passing and failing grades. In most cases, such metrics are taken for granted. (Even if some students might not agree that my grading scale is fair, I am generally very confident when I fail a student.) But sometimes, if a failure is serious enough, or if failures are repeated over and over, those metrics themselves come into question. (I did once bump all the exam grades up by five percent in a course because they were so out of line with the students’ overall performance, and changed my assessment practices the next time I taught that course).

I call these cases contested failures. Contested failures surprise us enough to make us open up the ‘black box’ of our basic metrics to look inside. When this happens, people start asking themselves what really counts as a failure – and a success – and sometimes they change those metrics in important ways.

In politics, these contested failures force both policymakers and the wider community to re-examine not just the policy problems themselves but also the measures that they use to evaluate and interpret them. These moments of debate are very important. They are very technical, focusing on the nuts and bolts of evaluation and assessment. Yet they are also fundamental since they force us to ask both what we want success to look like and to what extent we can really know when we’ve found it. Contested failures have played an important part in a number of different areas of political economic life in recent years, including international development and global finance.

Some of the most important changes in international development thinking and practice in the last few decades are linked to contested failures. Policy failures including the persistence of poverty in Sub-Saharan Africa, the Asian financial crisis and the AIDS crisis raised very serious questions about the effectiveness of the ‘Washington Consensus’ and structural adjustment policies. After significant pressure from NGOs, recipient countries and other critics, aid organizations ranging from the International Monetary Fund and the World Bank to the British Department for International Development began to reassess and revise their policies.

The aid effectiveness debates of 1990s and 2000s emerged out of these contested failures, as key policymakers and critics questioned past definitions of success and failure and sought to develop a new understanding of what makes aid work (or fail). Many argued that narrow economic metrics of development success were not just misleading (since they didn’t capture the complexity of the process) but also distorting (since they encouraged policymakers to focus on the wrong problems). New development strategies focused on country ownership and local participation sought to redefine success in a way that saw institutional and other broader political reforms as crucial to program success.

Yet, even as development policy makers have tried to respond to and redefine the problem of failure, they have also remained acutely aware of its possibility. Many of the new policy strategies that these organizations have adopted in recent years, with their focus on mitigating risk, increasing resilience, and managing for results, are designed to prevent or even pre-empt the possibility of future failures.

Failure and the 2008 global financial crisis

International development is not the only area in which we have seen a significant set of failures precipitate debates about the meaning of success and failure itself. The 2008 global financial crisis was also seen by many as a spectacular failure. The crisis produced wide-ranging debates not just about who was to blame, but also about how it was possible for domestic and international policymakers and market actors to get things so wrong that they were predicting continued success even as the global economy was headed towards massive failure.

In the aftermath of that crisis, there was a striking amount of public interest in the basic metrics underpinning the financial system: people started asking just how risks were evaluated and managed and how credit rating agencies arrived at the ratings that had proven to be so misleading. In short, they wanted to understand how the system measured success and failure.

It turned out that the various metrics used for evaluating the possibility of failure (like Value at Risk or VaR) were myopic, narrow and fragmented. They were myopic, because they generally assumed that the future would look like a linear extension of the past, without taking account the possibility of dramatic failures. They were narrow because they sought to translate complex intersecting factors into simple, calculable metrics (in the case of VaR, a single number identifying the maximum loss that was likely for a portfolio in a given time frame). They were fragmented because they assumed that it was possible to measure risk in one firm or one issue area at a time (such as credit or market risk) without recognizing that these sources of potential failure were all connected, so that a failure in one area could potentially change the risks significantly in another.

A Value at Risk model like this can be used to estimate how much an investment might lose given a 5% chance of the asset declining and how it should be priced.

These oversimplifications seemed to make the risk of failure easy to calculate, price and hedge against, and therefore fueled both extravagant risk-taking and, at least in the short-term, enormous profits. When the metrics turned out to be wrong, of course, they also created enormous losses, greatly increasing the costs of failure. In the aftermath of the crisis, many of the most promising efforts to reform the system – like attempts to measure and manage systemic or macroprudential risk – have also been aimed at developing better ways of evaluating what’s working and isn’t in the global economy, by focusing more on the complex and interconnected nature of the economy and its potential sources of failure. 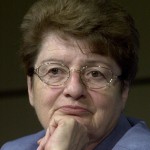 Contested failures are far from new: they have long played an important role in generating economic policy changes. When Keynes argued in 1933 that “The decadent international but individualistic capitalism in the hands of which we found ourselves after the war, is not a success”, he was not just branding laissez-faire capitalism a failure, but also clearing the ground for a very different definition of economic success, based on full employment rather than price stability. Likewise, when Robert McNamara became World Bank President in 1968, he not only branded the ‘trickle down’ approach to development a failure, he also developed a new definition of program success – linked to poverty reduction – and a vast array of new metrics for measuring and monitoring it. And when World Bank Chief Economist, Anne Krueger (above), justified a return to the trickle in the 1980s, she again did so by defining targeted poverty reduction as a failure and reorienting program evaluation around economic growth.

Yet, even if the role of contested failure is not new, something has changed in the last few decades. In the past, after a period of debate, a new set metrics for defining success and failure was broadly accepted, and the problem of failure receded into the background. Today, in contrast, the problem of failure remains a central preoccupation for policymakers. Even as they seek to manage risk, to reduce vulnerability, and to increase resilience, policymakers have increasingly attuned to the ever-present possibility of policy failure.

This preoccupation with failure has had two very different – even contradictory – effects on political economic policy making. On the one hand, in some cases, recognizing that they might fail, policymakers have become more open-ended and experimental in their approach to policy. Rather like this toddler, figuring out how a squirt gun works for the first time, they have sought to learn by doing, through trial and error, adapting as circumstances change. 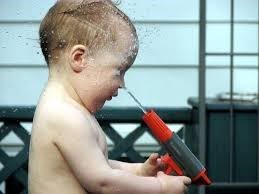 For example, some development organizations (including the World Bank) have introduced Fail Faires – large interactive conferences in which the goal is to talk publicly about past failures in an effort to learn from them. In the realm of finance, the Governor of the Bank of Canada recently revealed a certain awareness of the limits of financial expertise (rather uncharacteristically for a central banker), suggesting that simple rules and models no longer work in a world in which uncertainty is increasingly pronounced. At its best, this kind approach recognizes the limits of economic knowledge and policy in a world in which failure is always possible.

On the other hand, many policymakers have confronted the possibility of failures by moving in the opposite direction: trying to deny and hedge against it, taking an ultra-cautious approach and attempting to minimize their own personal and political risks (if not those to the economic system) if at all possible. This second response is one that is also very prevalent in development and finance. In international development, it has produced an obsession with results-based policy, in which the only development projects worth pursuing are those that have readily quantifiable outcomes (epitomised below). This ‘bean counting’ approach to development ends up distorting efforts to redefine development success more holistically, since subtler and longer-term forms of development can’t be easily translated into the kinds of measurable results that politicians like to sell to their voters.

After the 2008 financial crisis and an initial period of more profound questioning, we also saw a rapid narrowing of the scope of debate about what we really mean by economic success, as policymakers backed away from more radical changes and opted to tinker with the existing system. In respect to risk management for banks, they essentially “doubled down” on their existing approach, as one Economist blog put it.

Contested failures offer us to opportunity to reassess the fundamental values that underpin our economic system.

While recognizing the possibility of failure has the potential to make us all more aware of the fragility of our convictions and actions, as long as politicians, bureaucrats and investment bankers opt for this kind of cautious, conservative approach, we will lose the opportunity that such contested failures offer us to reassess the fundamental values that underpin our economic system. As a case in point, although the financial crisis did initially produce more wide-ranging discussions about the problem of inequality and exclusion, in the end, very little has been done to address them, pointing towards a widespread unwillingness (and, dare I say, failure) to ask more profound questions about how we want to define economic success.