Care is a term that conventionally might not be associated with the study of International Political Economy. But care can be understood in terms of a particular set of labour practices (i.e. the work involved in caring for others’ needs) and thus as an important, albeit hidden and oftentimes undervalued, aspect of economic life. Care is a deeply feminized realm of work, one that is conventionally associated with unpaid forms of labouring that occur within the ‘private sphere’ of the household. Nonetheless, political economies of care are shaped by broader sets of political economic practices. When state policy-makers are designing welfare policies, for example, they typically make assumptions about the extent to which families are able to take on unpaid care work. Feminists have long pointed out the role that a public/private divide plays in reproducing and sustaining gender inequalities. Thus even when women enter the paid labour market, they often do so on an unequal footing compared to men because of their overwhelming responsibilities for caring labour. Feminists have referred to this as the double burden.

Moreover, feminist political economists have consistently sought to highlight the centrality of feminized care work to the operation of the global political economy. Care, whilst associated with unpaid, though often rewarding, forms of labouring has become increasingly commodified. We are increasingly paying for care services and these care services are frequently ‘bought in’ from other parts of the world. Care work in a capitalist world economy involves the large scale movement of nannies, nurses and care/domestic workers. This is a development that is, in part, fuelled by demographic shifts in richer countries such as ageing populations, but also by the transformation of this work into formalised waged labour for profit-making businesses. It has  resulted in one of the greatest transformations in migratory patterns as migration is feminized by the increasing numbers of women migrating across national borders to take up work in jobs considered to be ‘women’s work’ (though masculinized domestic work like gardening is not immune to this either).

How do we place value on care-work? This is an issue that for many feminist political economists is a pressing concern. The under-valuing of care related work that takes place in the home was observed for example in Marilyn Waring’s classic study If Women Counted (1990) of the way in which unpaid household labour was (and remains) excluded from systems of national accounting. For Waring, this exclusion creates an incomplete picture of the sources of national economic value and contributed to the marginalisation of women in society more generally. But of course, care work isn’t something that is confined to the household. Many jobs require, indeed demand, appropriate emotional conduct and thus a degree of affective labour, especially in the service sector. 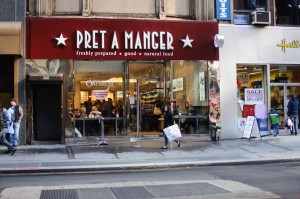 The sandwich company Pret a Manger hit the headlines in 2013 when it was revealed that its guidelines to employees included recommendations that they stay happy at all time, touch each other and to never be ‘moody’ at work – displays of ‘caring’ that are viewed as central to corporate image and ultimately, company profits. But at the same time, these affective displays are seen as characteristics that are somehow ‘innate’ and that don’t require additional effort to provide. So while displays of caring might boost profits, employees are not paid in ways that reflect the market value of this labour.

One place where the monetary value of caring is visible is in the ever-growing remittance economy. States such as the Philippines have promoted the out migration of female care workers, helping it to become the fourth largest destination of remittances as shown below. These women migrate without their families (due in large part to restrictive immigration policies in host countries) and remit most of their earnings back to their families in the Philippines. These remittances have proven essential as a source of foreign currency, and are an essential source of income for both poor and more middle class families, often spent on consumer goods, education and housing. But whilst the Philippine government might label migrant women as ‘heroes of the nation‘, these workers often earn relatively small incomes for the amount of labour they are expected to perform. This is especially the case for those who migrate to take up employment as domestic workers in private homes. Domestic work, even when it is paid for, remains a deeply undervalued form of labour.

One aspect of thinking about care is to look at the broader sets of political and economic relations that govern and organise care work. According to Esping-Andersen there are three essential sources of welfare (family, state, and market) and consequently three different types of welfare regimes (liberal, corporatist and social democratic) differentiated on the basis of how care is distributed among the three. Different welfare states were designed around certain assumptions about women’s role in the economy. Were women supported by the state to work outside of the home through generous welfare state provisions for care related work? Or were women supported by the state to stay at home and look after their children and elderly relatives? Or perhaps care work was simply seen as something that had to be ‘juggled’ by families and/or as something that the private sector would best be able to supply. Writings on the Asian experience have gone even further, surpassing Esping-Anderson’s tripartite model and pointing to a fourth option, the anti-welfare state. This identifies a kind of extreme family-based system of organizing care in which the state supports families (e.g. via marriage guidance and housing policy) but provides no welfare subsidy for unpaid care work at all.

Whatever the approach taken, important political questions about how fair the system is will always remain. In the UK context for example, the marketisation of the elderly care sector has seen some firms collapse. While the closure of businesses may be acceptable in a market for clothes, say, as their former customers can simply shop elsewhere, when the ‘customers’ in question are residents in a care home they may not be able to, or wish to, take their custom elsewhere. In these cases, pressure falls on the state and families to make sure that the elderly people affected will continue to be looked after.

We’ve seen how care work is under-valued and thereby cast as low-status work. These perceptions are in large part a reflection of binary gendered assumptions in society in which higher status forms of work are seen as those that don’t involve the messy and mundane work of household life. But it is not only gender relations between male and females which are being constructed here. How care work is organised plays an important role in demarcating boundaries between women, along the lines of class, caste, and nationality. Low status domestic work, whether it is undertaken by live-in domestic servants or hourly paid cleaners, is associated with women from lower socio-economic groupings, and frequently with women of a different race, nationality or age group to their employers.

Work from Southeast Asia has also pointed to the role that employment of live-in domestic workers plays in the reproduction of an idealized middle-class identity. The ability to employ domestic workers in countries such as Malaysia is associated with a set of middle-class aspirations (along with home and car ownership and a university education) in an increasingly affluent society. An ever growing shortage of domestic workers willing to work in these households has thus triggered forms of status anxiety in which the ability of the Malaysian state to deliver prosperity via economic growth more generally is increasingly called into question. And this is not the only source of tension. As shown in the video below, female care workers themselves, in this case organised by the International Domestic Workers Federation, are pressurising states to recognise them as labourers so that they receive the relevant legal protections.

Wikigender – an open source summary of issues and resources relating to unpaid care work and gender.

NEF podcast – “Should we start counting the work we do for free?”

LSE lectures – Professor Nancy Folbre: “The reproduction of people by means of people”