For many people across the world, the car is simply a ubiquitous and banal fact of daily life. Whether we are in the car or getting around by other means, the fabric of urban life has been transformed, and in many parts of the world is still being transformed, around the car. We live in a car-dominated world. Individually, we experience the car as a local phenomenon – getting to work, going shopping or to see friends, sitting in traffic jams, knocking over cyclists and pedestrians, fouling the air we breathe, and so on. Yet the car has been integral to the dynamics of the global economy more or less since its inception.

A vehicle of capitalist change

There are various aspects to this. From the early 20th century onwards, it was the main site of innovation in industrial organisation and production. There were other initiatives in assembly line production before Henry Ford’s Dearborn plant was opened in 1913, but Ford is credited with the innovations that spread this way of organising production across first the American, and then the global economy. Assembly line production, and the work re-organisation it entailed, greatly increased labour productivity and produced the massive increase in productive capacity. Finally, Ford innovated in workplace relations, on the one hand acting to suppress trade unions but on the other hand unilaterally increasing wages to enable increased consumption by workers.

This model of production and workplace relations became the basis of 20th century capitalism’s spectacular expansion. It is no accident that the era is widely called ‘Fordism’. This became a transnational phenomenon also as car companies consolidated in the first half of the century and became among the first to expand globally into transnational corporations. Ford built plants in Europe from the 1920s, while General Motors expanded by buying up European companies like Vauxhall and Opel. Car manufacturers remain among the largest TNCs and countries continue to compete fiercely to attract investment from car firms, often subsidising jobs in car assembly plants entirely, because of the recognised spin-off effects across the economy. And in the wake of the financial crisis of 2007 onwards, the car industry got special treatment in many bailout packages to make sure it survived. 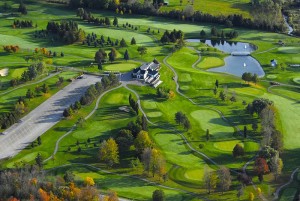 But Ford’s innovation also radically reduced the price of cars and thus enabled the spread of consumer culture around them. The car enabled 20th century capitalism not just because of production changes because of all the other industries that developed because of the car. My favourite example is that of golf: it simply would not exist as a mass leisure pursuit without the ready access to the countryside that the car enables. But many other businesses, from travelling sales, to medical services, expanded because of the car. New industries continue to spring up around the car, from opportunities for hi-tech firms in GPS and communications and the new sorts of economic services they enable like Uber. And with this, a whole mythology emerged around the car.

The cult of automobility 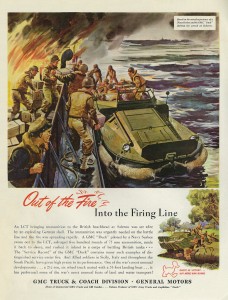 From its inception, the car was ideologically presented as a freedom-producing device. It freed individuals from the ‘tyranny’ of train or bus schedules just as it freed militaries from the rigidities of train timetables (which AJP Taylor famously argued were the cause of WWI) and from combination of barbed wire and the machine gun that produced the stalemate in WWI, overcome by the tank.

Many of the aspects of consumer culture that are now ubiquitous have their origins in the car industry. The annual model change was invented by General Motors in the 1920s, designed to accelerate consumption by creating demand for ‘new’ cars on a regular basis. General Motors also invented modern forms of consumer credit to enable increased car sales. Finally, cars rapidly became integral to popular culture. From early anti-car novels like The Wind in the Willows, with Mr Toad terrorising his neighbours through the violence of the car, through to its celebration in classic films like Bullitt or Rebel Without a Cause, or in classic songs such as Chuck Berry’s No Particular Place to Go or Gary Numan’s Cars, popular culture has both reflected and shaped the idea of the car in both utopian and dystopian ways.

‘It explains how you can feel safe inside a car in the modern world… When you’re in it, your whole mentality is different, in a car. It’s like your own little personal empire with four wheels on it.’ Gary Numan

Beyond the direct strategies of car firms, cars have been integral to the construction of a global economy in at least two other ways. First, and perhaps simplest, is their centrality to military competition between states. The lesson that states learned from WWI was that to be highly flexible and mobile was crucial to winning military conflicts. Road building was central to this. Starting with the fascist states of Italy and Germany, but then mimicked everywhere else, high-speed limited access roads were built to integrate national spaces with moving militaries rapidly as their initial rationale. Only later did they become about civilian mobility. And states promoted the car industry specifically in order to be able to have access to high levels of car production for military purposes, capacity that they universally controlled publicly in WWII.

Second is the closely intertwined history of the global expansion of the car and the oil industry. The discovery of large oil deposits in the US, and shortly afterwards in southern Russia and the Middle East, produced new options for powering a variety of industrial machines, including cars. The internal combustion engine won out over various competitors (including electric cars) by around 1910. Then, in the middle of WWI, the British navy made a decisive shift from coal to oil for its ships. These radically transformed the global economy, making the Middle East suddenly a crucial strategic location, beyond its importance because of the Suez Canal and for the British, protecting its domination in India. Oil rapidly became the world’s most lucrative commodity, and securing control over the profits from its extraction, refining and sale became of supreme strategic importance.

From the 1920s onwards, the foreign policy of the US, France and Britain was closely focused on securing domination of the oil-rich areas of the Middle East, both competing with each other for access to oil fields but also collaborating to prevent Russian access either to the oil or to build pipelines to get its own oil out to world markets. After having dismembered the Ottoman Empire, they imposed puppet regimes and routinely toppled governments, right through to the toppling of Mossadegh in Iran in 1953. By the 1950s, the US had become comfortably the dominant external power in the region, and US relations with a number of key states – first Iran, then after the revolution there, Saudi Arabia – have been a crucial part of US global strategy. And many of the conflicts in the region, from the Yom Kippur war in 1973 and the oil embargo that followed, through to the invasion of Iraq by US-led forces in 2003, have control over oil profits as a key part of their strategic rationales.

The car as ecological project

The daily activity of getting to work or visiting friends is thus connected through cars to the global political economy of how capitalism generates growth, transnational production, state strategies in the global economy, and to military conflicts in the Middle East in particular. These traditional aspects of international political economy and how it is reflected in daily life have more recently been accompanied by another link – to climate change. As much as car use is integral to the development of global capitalism, it also is central to the emissions that cause climate change and the threats that pose to the future of human societies.

A good deal of contemporary effort in policy-making circles is thus focused on how to address the climate-causing impacts of cars, and there will be significant impacts on both the car industry and the global economy if these succeed. If they entail a significant scaling back of car production and use, as people shift to cars, bikes and public transport, then what are the implications of this for how the economy is organised overall? But if they shift cars to electricity or fuel cells, the two most likely technologies to replace the internal combustion engine, then this has very significant implications for the global car economy, signalling the end of the strategic importance of the Middle East.

Roger and Me: Michael Moore’s first documentary, on the car industry in Detroit.

Thelma and Louise: Classic in the ‘road movie’ genre with a feminist twist.

The Big Lebowski: Think about the decline of the Dude’s car during the film in relation to the Iraq war running through the film. See also Martin-Jones, D. (2006) ‘No Literal Connection: Images of Mass Commodification, US Militarism, and the Oil Industry, in The Big Lebowskis’ The Sociological Review, 54(1), pp. 133–149.