People are used to the saying that money makes the world go round. But what does this mean? We use different forms of money every day: to buy something in the supermarket or coffee shop, to pay our bills, or by adding to our savings accounts. Money can take different forms and shapes. This includes coins and banknotes, but also electronic bank drafts and credit cards or even mobile phone credit.

Money is used as a medium of exchange. Rather than exchanging lets say a kilo of apples for a book, most people use money in sale and purchase transactions. Money also serves as a unit of account. People and countries use money to measure the value of goods and services and to account for debts. A third function of money is that of a store of value. People can keep money in their wallets, hoard money under their mattresses or put it in their bank vaults and retrieve it at a later stage. Unlike the kilo of apples, money does not spoil.

Video credited to Positive Money, a not-for-profit organisation which calls for a fairer financial system

Trust is an important element of money – we have to trust that our money will be accepted in transactions and that it will retain its value if we put it in our bank account. Often, states use monetary policy to control the supply of money in the economy. This is to prevent prices from rising too fast and achieve stable price levels. If money uses its value too rapidly, this might lead to inflation. People lose confidence in their money and struggle to afford basic goods, such as food stuffs. In extreme cases there is hyperinflation, where banknotes like the one below (issued in Zimbabwe in 2008) try to keep up with the falling value of the currency. However, if the money supply is too low the economy can be starved of funds. People might find it difficult to transact, salaries decline and people might again find it difficult to afford basic expenses. It can lead to austerity and depression. Does money have value of its own? Commodity money such as gold coins certainly does. However, nowadays most economies are dominated by so-called fiat money in the form of paper money or even electronic drafts. Here, it is the purchasing power that is thought to constitute the value of this money.

States and money intersect in many ways. Sovereigns seek to control who can issue money. They also define what is to be accepted as legal tender. States also seek to maintain the value of national currencies. If currency values depreciate rapidly, this can result in a currency crisis, as happened for example in East Asia in the late 1990s. International speculators took a stand against Asian currencies and governments were no longer able to retain their values. As the value of East Asian currencies fell, borrowers who had raised loans in foreign currency were caught out as suddenly these loans had become much more expensive. Students studying abroad on government scholarships were also caught unawares as their maintenance grants unexpectedly were worth much less. Policymakers in the 1940s had diagnosed the harm that could be caused by volatile international capital flows. In 1944 they had agreed a system to regulate international capital flows – the famous Bretton Woods system. However, this system unravelled in the 1970s and the repercussions of this could be felt during the Asian financial crisis, which was only one of many. 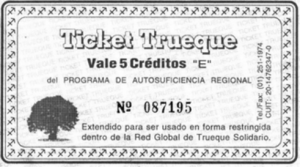 Despite states’ attempts to control the money supply, people around the world have been experimenting with local currencies and alternative forms of money. Some of these initiatives take place in response to states’ failure to control the money supply and guarantee the stability of the national currency, often in the wake of financial and economic crisis. For example, economic geographer Peter North discusses how in the wake of repeated economic crisis in the 1990s and early 2000s, barter networks emerged in Argentina. When the economy collapsed in 2001, the state limited access to money, making more and more people dependent on these networks. Markets issued their own money – creditos – to facilitate trading. However, there are many other reasons for creating local currencies; initiatives are often driven by a commitment to the local economy, to ‘keeping money in the area’ and/or the environment. In Germany, which certainly did not experience the same economic hardship as Argentina experienced in the early 2000s, more than a score of local currencies have emerged over the last two decades.

These local efforts stand in contrast with efforts to create global currencies outside the purview of the state. One such example are cryptocurrencies like Bitcoin which has also been called ‘the currency of the internet’. Bitcoin is a form of digital money that operates without a central bank and is instead produced in a system of decentralised control where computer users help to validate transactions. Advocates of digital currencies say that they are difficult to counterfeit and give little scope to governments to interfere. However, critics point to the use of digital currencies in illegal transactions; shifting to a system of a decentralised supply of money that is embodied in digital currencies such as Bitcoin also would make it inherently difficult to counter an economic downturn with an expansion of the money supply.

“Money is a claim upon society” Georg Simmel

Money does not only have economic functions, it also has important social and cultural functions. For example, the economic sociologist Vivien Zelizer has studied how people relate to money and develop various ways to engage it. Indeed, money can be used for purely ceremonial purposes with no market value whatsoever as ancient coin hoards seem to demonstrate. Often, money is linked to status. In many cultures, money is exchanged as gift for special occasions. Money plays an important role in many religious rites and ceremonies – take for example the burning of spirit money to worship ancestors which is a common Chinese tradition.

Recent work on mobile payments – think Apple or Android Pay – also suggests that not just what we use to pay, but also the way we pay is no longer just about the transaction, buying a cup of coffee for example. Instead, it has become much more focused on the ‘experience’. Here again, the economic function of payment is overshadowed, if not replaced, by much more diffuse notions of affect and emotion. 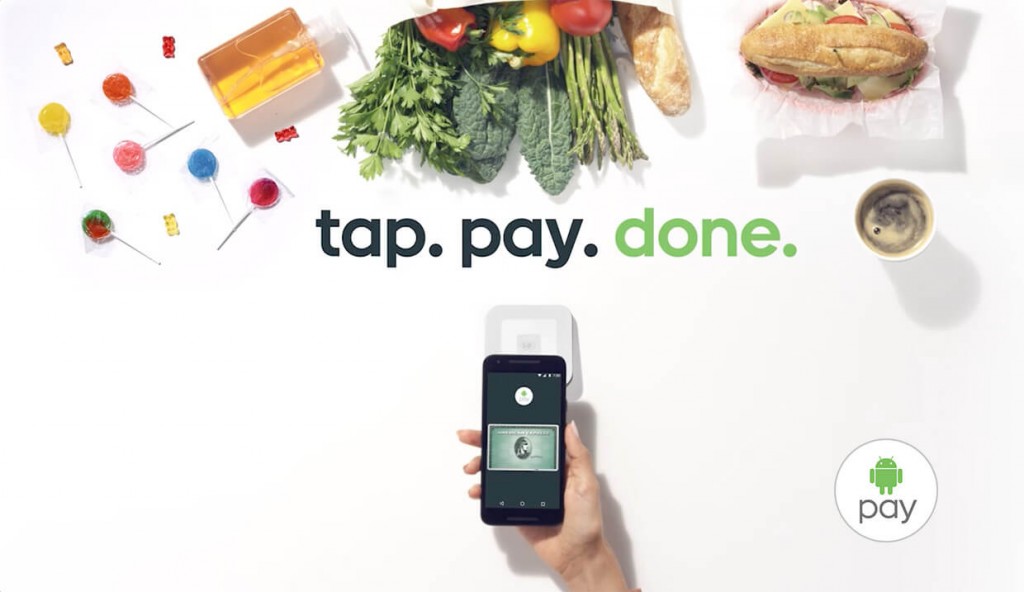 There are different ways to think about money and finance. One such approach is Islamic finance that seeks to create and market products that comply with the Sharia, commonly known as Islamic law. Islamic law contains a number of religious stipulations Muslims have to adhere to in their everyday life. One such stipulation is the prohibition of riba, interpreted as the paying and receiving of interest. The underlying thought is that making money from money is unfair and unjust and can lead to exploitation. For its advocates, Islamic finance has the objective of creating a more equitable financial and economic order that at the same time is transaction-friendly. Thus, Islam could be seen as a foundation for the inclusion of the ethical and moral dimensions of economics and markets. This coincides with rising demand for Islamic financial products. Indeed, recent years have witnessed increasing efforts to develop and to institutionalise Islamic capital markets and above all, to make Islamic finance acceptable (and thus investable) to the mainstream. However, many Islamic financial products closely mirror their conventional counterparts, stripped of elements that are in violation of Sharia principles. Thus for example, an Islamic bank account would not pay interest, but might pay savers a profit.

It is difficult to think of sustained economic activity without money. Indeed, monetary transactions have become increasingly pervasive. However, whilst money is ubiquitous, we should not ignore that money might mean different things for different people. Indeed, the ‘money form’ is characterised by much variety and so are the practices – economic, political and cultural, but also aesthetic and even ethical – to which money gives rise.

John Steinbeck, The Winter of our Discontent