Street harassment – ‘unwanted comments, gestures, and actions forced on a stranger in a public place without their consent and directed at them because of their actual or perceived sex, gender, gender expression, or sexual orientation’ – has long been an unremarkable aspect of everyday civic life. While street harassment is typically ignored in both security studies and political economy, it is an issue pertaining to both areas.

Street harassment is mundane and seemingly banal, and could until recently accurately be labelled by Deirdre Davis as ‘the harm that has no name’. Like commuting, street harassment is an embodied practice and experience: verbal, visual, gestural and physical practices by perpetrators call forth visceral emotional and physical responses – fear, anxiety, frustration, anger, dread, flight – from their targets.

Street harassment spans a continuum from seemingly benign practices like cat calling, wolf-whistling, and demands that women ‘Smile!’, through lewd suggestions, flashing, public masturbation and groping, sometimes culminating in physical sexual assault and rape. These behaviours go by different names in different places: ‘eve-teasing’ in India includes the gamut of verbal and physical harassment; in Latin America, a ‘piropo’ is an allegedly flirtatious, admiring compliment, but also encompasses following, staring, unsolicited sexual/romantic comments and physical contact; in Japan ‘chikan’ designates both the men who grope women and girls in public and the prevalent practice of groping or uninvited sexual touching, particularly on public transport.

Street harassment in these various guises is global. Just to give a few examples: a large-scale survey in 2014, conducted on an opt-in basis, found that 96% of US women reported having experienced street harassment and 71% of respondents globally reported being followed. In the U.S., people of colour, those in lower income brackets, and those who identify as LGBTQ are disproportionately affected. Another survey for UN Women and the International Center for Research on Women in 2012 found that 88% of women and girls in Delhi report having experienced street harassment. Crowdsourced data in HarrassMap reported the figure exceeding 95% in Cairo, while other studies reported that 90% of women in Mexico City and a full 100% of the 600 women surveyed in Paris have been the targets of sexual abuse or assault on public transport.

Street harassment engenders diverse insecurities, which in turn produce political disenfranchisement and economic disempowerment. Targets of street harassment are rendered insecure in myriad ways. Harassment provokes psychological insecurity, leaving its victims anxious, fearful, disgusted, outraged, frustrated and generally feeling unsafe in public space. Fear of escalation and the practice of ‘rape testing’ using street harassment means that targets also fear for their immediate or future physical safety. The dignity promised to all individuals by human security discourse is undermined because harassment fundamentally invades privacy. It treats its targets as public property, whilst also objectifying them, reducing their individuality, personality, identity and accomplishments to mere body parts. It also forces on them ‘emotion-work’, making their emotions ‘correspond to what is expected’ by another as Micaela di Leonardo put it. Being importuned to ‘Smile!’ transforms one’s body, gestures, and emotions into an object for the (generally male) harassers’ gaze, legitimately to be appraised by, and at the service of, the harasser. As a result, targets of street harassment find the public sphere to be inhospitable, even frightening.

These insecurities have several wider ramifications. First, they force people to change their behaviour in the public sphere. Targets variously alter their routes to work or school, stay at home after dark, only travel in groups, clutch their keys as weapons, pretend to talk on their phones, keep their heads down, avoid eye contact, specific locations, like parks, or activities, like cycling or jogging, and modify their dress, walk, and even facial expression. Everyday freedom is undermined as public spaces are rendered dangerous.

Second, these insecurities disenfranchise those who feel unequal in the public sphere, or are deterred from entering it at all. As Cynthia Grant Bowman argued, being confined by fear ‘to the private sphere of the hearth and home’ leads to a ‘ghettoization of women’, which in turn functions as a form of social control, creating public space as the preserve of (straight) men, limiting others’ political presence and participation. In an extreme example, mob and state-initiated sexual harassment of women in Cairo, notably in Tahrir Square, in 2011 was designed explicitly to curb women’s political engagement.

Third, street harassment simultaneously has significant economic effects, sometimes preventing women and girls from traveling to work or school, limiting where they can earn or learn. In India, for example, girls have been forced to drop out of school, with significant consequences for their life chances, by rampant sexual harassment on public buses. Harassment hinders the poor in particular who, lacking private transportation, are then also barred from the public transport required to access not only work and education, but also public services, including health care.

Despite these disenfranchising and disempowering effects, street harassment sells. Practices that inflict fundamental insecurities on some people are widely and successfully deployed by others to generate profit. For instance, cat calling and wolf whistling – typically depicted, and thus implicitly valorised, as just a harmless bit of fun, even a compliment – pervades advertising. As consumers, we are enticed by representations of harassment – because it’s cool? funny? – to purchase a surprising range of products, including cars, face wash, insurance, body lotion, a social app, clothing, a mall, a sandwich shop and chocolate bars. The Snickers advert below featured workmen calling out feminist slogans, only for the strapline to say: ‘You’re not you when you’re hungry’.

Even Lego briefly offered children a sticker of a Lego ‘construction crew’ worker waving and calling out ‘Hey babe!’, strategically placed next to a sticker avowing ‘I love this job!’ (though to be fair, the stickers were made under contract to Lego by a subcontractor and Lego did apologise for their gaff after public complaints). 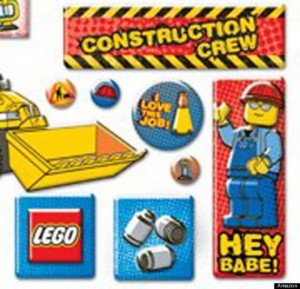 Street harassment also pervades cinema. Hollywood films from Grease (1978) to Clueless (1995) and beyond regularly exploit sexual harassment – cat calling, leering, peeping, groping, etc. – in the workplace and on the street often just to create a comic atmosphere. Bollywood films – from Sholay (1975) to Baahubali (2015) – notoriously objectify women, ‘glamorize’ eve-teasing and romanticise harassment. In films heroines regularly give way to persistent and aggressive advances that would constitute harassment in any other setting. Similarly, Hollywood films and television routinely render stalking behaviours (that would threaten real-life arrest) as a normal part of romance. This representation is so common that the website TV Tropes has an entry for ‘stalking is love’.

Digital games also trade on and diversely normalise, trivialise, romanticise, and eroticise street harassment. Grant Theft Auto players can routinely harass, stalk and chase women on the street. In the eroge pornographic video game RapeLay, the player stalks and rapes a teenage girl, her mother and her younger sister in revenge for the girl having him jailed for ‘chikan-ery’. Such representations reproduce the dominance in film of what Laura Mulvey famously called ‘the male gaze’, in which the viewer occupies the subject position of the male hero gazing at objectified women. In the Virtual Reality porn game La Douche, the player – as voyeur peeping at women preparing to shower – occupies the (presumably straight) and oddly ‘genitalia-free male-shaped’ subject position.

While street harassment both on the street and in popular culture continues to provide ‘a quick and dirty means of regaining male ownership of public spaces’ while simultaneously generating oodles of profit, an active, globalising grassroots movement has taken over from second-wave feminists to combat it. Organisations and projects like Stop Street Harassment in the US, Blank Noise and Why Loiter? in India, HarassMap in Egypt, the Observatory Against Street Harassment in Latin America and Hollaback! groups across the world combat street harassment in ways that blend security and political economy thinking.

HarassMap’s Safe Areas Programme, for instance, sought to enlist shop keepers, café and restaurant owners, and taxi drivers in Cairo and other Egyptian cities to offer safe spaces for women and girls in the public sphere, while they also work with schools and universities to create anti-harassment policy on campuses. Hollaback! London spawned the now independent Good Night Out campaign ‘to end sexual harassment and assault in venues, bars, clubs, pubs and festivals across the world’. So perhaps we can slowly move from naming this harm to, if not eliminating it, at least rendering it less acceptable. 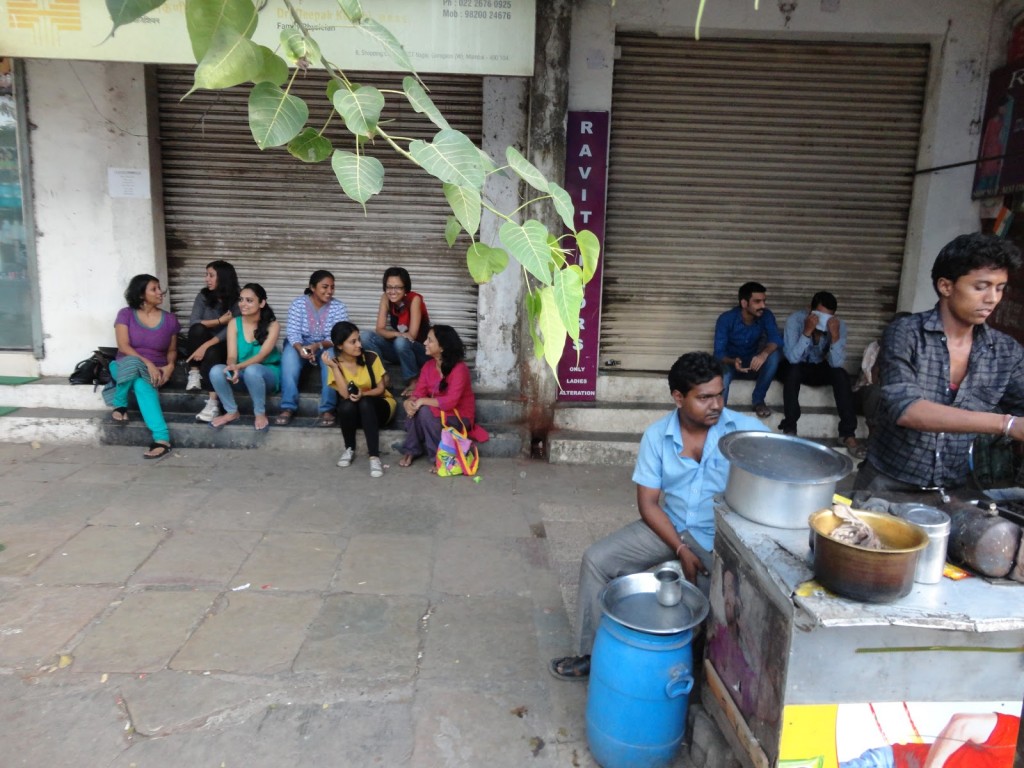 Inspired by the book of the same name, the ‘Why Loiter?’ blog documents the occupation of space by women in India