Sugar is full of dualisms. It can be produced from tropical sugarcane or temperate sugar beet. It can be grown on huge plantations or small family farms. It can provide an enjoyable taste as well as serious health risks. And it can lead to fabulous wealth alongside grinding poverty. The days of slave-grown cane in European colonies may be over, but sugar still has its bitter side.

Sugar still has its bitter side

The dualisms of sugar are unequally embodied, producing its own kind of uneven development. This can be seen in the corporeal effects of sugar on the body: the new type of chronic kidney disease striking down sugarcane workers in Central America, the high rates of malnutrition among migrant sugarcane labourers in India, and the disproportionate level of tooth decay among poor and Hispanic children in Colorado, US. The unequal embodiment of sugar is also present in the landscape. Fertiliser run-off from sugar farming has contributed to the degradation of the Great Barrier Reef in Queensland and the destruction of fisheries in the Indus delta. All of these outcomes are socio-ecological, affecting human and non-human life. In the case of water pollution, indigenous people and artisanal fisherfolk dependent on communal resources for drinking and fishing have often suffered most.

To unpack the political economy of this global commodity, one approach has been to focus on the poverty-inducing effects of sugar and frame it as an issue of international trade. The argument here is that import tariffs and farm subsidies have been used in such a way that sugar farmers and their landlords in the West have benefitted to the detriment of (a) the taxpayers who effectively fund this system and (b) the producers in poor sugar-exporting countries who cannot compete on a level playing-field. The criticism of unfair protectionism practiced by the US, EU and Japan has created unlikely alliances, uniting economic reformers and development campaigners around the call for managed liberalisation in agricultural trade.

The terms of competition set by trade policy are important, but not the be all and end all. One problem with the trade protectionism argument is that it treats countries as homogenous units rather than hierarchical societies. There are many examples of men (and they are usually men) who have become fantastically wealthy through sugar while their fellow citizens have languished in poverty. In fact, two of the richest people in the world built their business empires on the back of sugar trading enterprises: the Nigerian Aliko Dangote now worth an estimated $25 billion and the Malaysian Robert Kuok worth $12 billion. Others, like the billionaire Brazilian Rubens Ometto Silveria Mello, have found their fortunes as sugar industrialists. Inequality within countries must be considered alongside inequality between them. 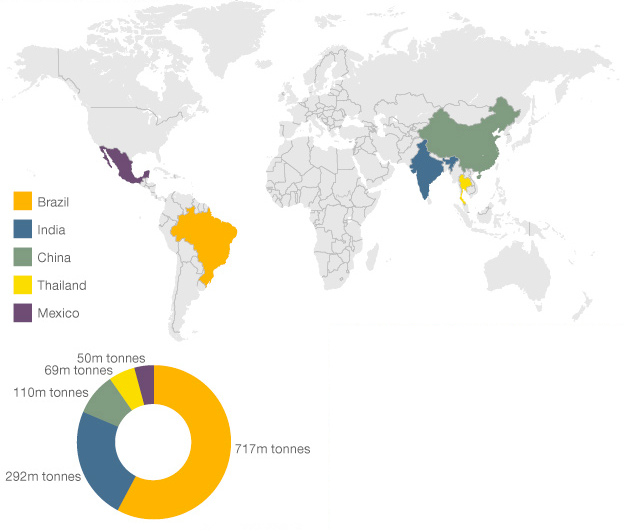 Another approach to the political economy of sugar has addressed its adverse health effects, framed as an issue of consumer sovereignty. In the firing line here are the Western-based multinationals re-selling sugar in processed foods and drinks. They have been attacked for purposefully misleading the public into dangerous eating habits, first, by marketing foods high in sugar, salt and fat, and second, by lobbying governments to water down dietary guidelines and labelling regulations. They include Coca-Cola, Hershey’s, Kellogg’s, Mars, Mondelez, Nestlé, PepsiCo and Unilever. Together these companies made over $50 billion profit in 2013; a handsome return for their managers and shareholders (one of whom is the Bill and Melinda Gates Foundation, whose major portfolio investment in the food and drink industry is surely in tension with its philanthropic donations to promote improved global health). 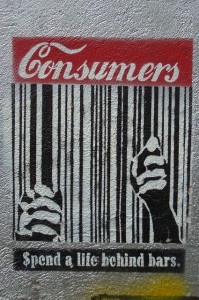 One limitation of this approach is that it has tended to ignore the cultural politics which have challenged the power of corporations to define social norms around food. These include those lifestyle trends that have opposed sugar consumption, often in explicitly feminised ways as seen in clean eating or No Sugar diets, or else from attempts to subvert the commodity fetish by satirising branded adverts. A second limitation to the corporate manipulation account is that it has been divorced from issues of production. Food and drink manufacturers are drawn to sugar not just because it helps them sell more products, but also because government policy has ensured that standardised and high-grade quantities are constantly available. In this respect, it is the perfect ‘factory food’ ingredient.

My preferred approach is to ask how social relations are reproduced through sugar, and to frame this as a study of capitalism. Since the 1990s this has been entrenched on a global scale. The North American Free Trade Agreement (NAFTA) and the formation of the World Trade Organisation have undermined national farm policy, while the industrialisation of China and marketisation of food provisioning across the Global South has underpinned a seismic nutrition transition. Through these changes and more, the reach and use of sugar has been transformed. As such, a critical analysis of capitalism is necessary – not for advocating Communist revolution of the food system, though what that would mean is certainly intriguing (“Eaters of the world, unite. You have nothing to lose but your fast-food chains!”) – but to appreciate why this system has led to social inequality and political crisis.

Inequality is reproduced in many ways through sugar

Inequality is reproduced in many ways through sugar; from under-paying easily exploitable farm workers like migrants and women, to disproportionately marketing processed sweetened foods to racial minorities and children. Likewise, the over-production of sugar has led to systematic contradictions including periodic market crashes and the exacerbation of a global diabetes epidemic. These in turn have produced crises (a farm crisis, a health crisis) which state authorities have been called upon to manage. And contrary to the common assertion that equates capitalism with free markets, it is often capitalists themselves have called for interventions, either to make a market function in their interests or else protect them from the vagaries of it. See the way that even futures traders in New York called for greater regulation of their exchange, concerned by the way that high-frequency traders were making prices move on a minute-to-minute basis, completely delinking the futures contract from the realities of supply and demand.

Eaters of the world, unite. You have nothing to lose but your fast-food chains!

At the same time as taking global capitalism seriously, it is important not to ascribe it with uniform characteristics. As Andrew Gamble reminds us, capitalism need not be a single fate. This refers both to the different ways in which capitalist economies can be organised and the limits to which capitalist principles of private property, commodification and endless accumulation extend. Think of the bake-a-cake sales that raise huge amounts of money for charity. These are just as valid in producing and distributing wealth as a factory making chocolate bars or a futures exchange trading sugar contracts – they just do so along different lines.

From this vantage point, I see progressive political change not about changing people’s relationship to sugar per se but changing our relationships to one another. Reducing sugar consumption may lower some people’s risk of diabetes, but if many still rely on poor quality food then they will remain exposed to dietary disease. Similarly, increasing crop productivity through high-yielding seeds may help farmers make a decent living, but only insofar as they are not then subject to price cuts by other businesses in the supply-chain. Such change is likely to come about through site-specific struggles to value life differently. They are site-specific because they take different forms in different places: a campaign against irresponsible advertising here, a protest against water pollution there. But what they have in common is a desire to govern by a different metric, one that recognises values beyond ‘the bottom line’, be it the sanctity of childhood, the preservation of the environment, or something else again.

Mintz, S. (1986) Sweetness and Power: The Place of Sugar in Modern History (London, UK and New York, US: Penguin)

Behind the Brands campaign by Oxfam

The Price of Sugar documentary about sugar production in Dominican Republic